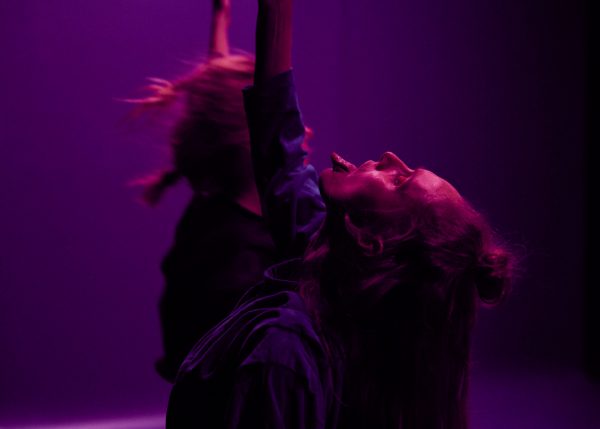 Karolina Ginman is a freelance dance artist based in Helsinki. She graduated from the Trinity Laban Conservatoire of Music and Dance, London in 2008 and has since worked as a dancer, choreographer, co- choreographer and pedagogue in Finland and abroad.

She currently works on her new project during an artistic residency at La Briqueterie. FLUVIAL is a corporeal and vocal stage meditation on and through fluid states, streams, holes and unruly matter. Woven through breath, motion, saliva and a language in flux, it is an attempt at channeling fluctuating affects, ages, times and unthought known in a state of constant becoming. The work premiers at Zodiak – Centre for New Dance in Helsinki March 2022.